What Does A State Do When It Loses Its Precious Tax Monies? Leverage A New Real Estate Tax! Why You Should Vote “Yes” On Proposition 100: The Protect Our Homes Act 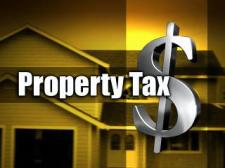 This could turn out to be a very bad thing. There has been a lot of coverage recently about the money that the Arizona government has “lost” or more appropriately, “not realized” due to the bursting of the housing bubble. As Arizona grew in leaps and bounds, so did the budgets based on estimations of future property taxes and other real estate taxes. However, now the state is left in a pinch and is looking to search YOUR couch cushions and pockets for the difference. But as foreclosures creep from the suburbs in BFE into the larger metro areas, is that wise?

This is where Proposition 100 comes into play. Dubbed the “Protect Our Homes Act”, Prop 100 aims to prohibit the government from charging new taxes on the sale or transfer of real estate in Arizona. Arizona currently has no real estate transfer taxes (RETTs), unlike 35 other states which do.

Here’s a link to the official PDF which gives more details on the amendment:

Be it enacted by the People of the State of Arizona:

1. Article IX, Section 24, Constitution of Arizona is proposed to be added as follows if approved by the voters and on proclamation of the Governor:

The key reason this is so important is because while the government’s bills have grown, the average Arizonan’s wallet has not. Rampant inflation, mortgage loan fraud, and a growing credit crisis, simply do now allow Americans to take on more debt at this time, even in the form of increased taxes.

Additionally, as difficult as it is to sell a house in this market and as difficult as it is to avoid foreclosure right now, increased taxation on the transfer of property will add one more bill you have to factor in when you’re already more than likely to be well upside down. Not to mention that “transfer” is a very broad term which will include estates and further burden the family house as it’s passed down to the kids or other family members. There are already burdens in that process and the government should never find it in its own interest to make losing a home easier.

Other agents in Arizona are also against this and are writing about it as well. As Jay Thompson put it on his blog:

A YES vote on Proposition 100 would amend the State Constitution and prevent the possibility of a real estate transfer tax from being implemented. A no vote means state and local governments could implement a RETT at just about any time (in fact, it has been discussed across the state. A bill was introduced in the Legislature last year proposing a RETT).

There is additional information on Prop 100, also known as the Protect our Homes Act, at www.ProtectOurHomes.com.

I won’t be so bold as to tell you how to vote. That is a personal decision only you can make. My vote will be YES on Prop 100. Some states are attempting to repeal existing real estate transfer taxes. Good luck with that. My opinion is it will be a whole lot easier to prevent such a tax before it happens than to repeal it once enacted. The 342,000 that signed petitions to place the initiative on the ballot seem to agree. But signing a petition and pulling the lever in the voting booth are two different things. If you signed the petition, thank you. Just please don’t forget to finish the job.

For an example of how this tax affects families both trying to obtain their first home, or get out of a bad situation without going through bankruptcy or foreclosure, a real estate agent in Connecticut grants some insight:

The tax was raised a few years ago, temporarily, to help solve a budget shortfall but keeps getting renewed. Municipalities are desperate not to lose this tax because it’s easy money and most home sellers forget about it until the closing table.

The increase in the tax is supposed to sunset, rolling back to its original amount – saving future home sellers around $400 based on the median sales price of $250,000. It’s not a lot of money but the principle is simple:

If the tax was supposed to be temporary, legislators have an obligation to roll it back.

In Tuesday’s Hartford Courant, a letter to the editor appeared from the Executive Directors of the CT Conference of Municipalities and the Capitol Region Council of Governments – two groups that lobby for town and municipal governments. Here’s what they had to say:

“…the special-interest real estate lobby which seeks to portray itself as the homeowner’s friend by lobbying to deprive municipalities of up to $40 million in needed revenue next year.

That’s right – the same for-profit Realtors who take up to a whopping 7 percent cut of any home sale want to slice $40 million in non-property-tax revenue by reducing the municipal share of the conveyance tax. That means a direct shift of that amount onto the back of the property tax – Connecticut’s most overused and income-insensitive tax.”

Well, I was pretty mad so I wrote a letter to the editor and it appears in the Hartford Courant today, May 29. Here is most of my letter:

‘Although Mr. Finley and Mr. Wray tried to dismiss Realtors like me who disagree with them as part of the “special-interest real estate lobby” and “the same for-profit Realtors who take up to a whopping 7 percent cut of a home sale,” Realtors are leading the fight to protect our clients’ home equity.

Note: Realtors are often the only professionals involved in a real estate transaction willing to negotiate their fees, which, for the sake of accuracy, are not typically 7 percent of the sales price.

However, I would like to present the only opinion that really matters – that of the homeowner and, in particular, the homeowner selling today.

Currently, Arizonans don’t have to fight these fights (although we do have our own battles). As someone who has been through the scary process of almost losing their house, I don’t see this as a fight we should have to undertake.

To use a food analogy, it is always easier to simply eat LESS. Finding MORE food to eat, however, is what starving families all over the world die trying to do. With illegal immigration and a growing housing problem, I say Arizona already has plenty to worry about.

There’s probably never a good time to implement a new tax, but there are really bad times.

And right now (and for the foreseeable future) this is likely one of the worst times to impose additional monetary requirements on buyers and sellers.

Since I posted that (thanks for the inclusion and linkage BTW) I received one email from someone asking me why I would vote YES on a RETT. I’m not, I’m voting YES to *prevent* this tax in the future. Ballot propositions can be confusing to read. I have concerns that people will gloss over it, see “taxes” and instinctively say NO.

Thanks for helping spread the word MG. Hopefully it will help people understand they need to vote YES to prevent these taxes (in the near future I suspect).

As you said, there’s just no valid reasoning at the moment to make it even harder to unload real estate.

Hopefully we see this pass. The sooner we allow the market to adjust on its own, the sooner we can get back to business as usual. The less artificial influence we have, the better!