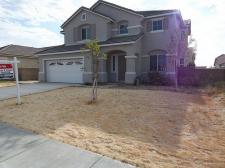 An interesting story came this way that sounds similar to the recent Barack Obama and John McCain political drama about how many homes McCain owned vs Obama’s mansion.

In a much smaller political battle, one where presidential candidates are replaced by smaller city positions like the Mayor of Lathrop, California.

It’s going to be curious, especially with the housing problem gaining more momentum and grabbing more national attention, to see if these sorts of events will continue to be used as weapons in heated political campaigns.

Tom Sayles makes no bones about it. He isn’t proud that one of his investments has gone south with the foreclosure mess.

The home that tripped him up in the 400 block of Gardner Place wouldn’t probably have earned even a footnote in the crush of bank foreclosures as well as big developers in Lathrop reengaging on their signed deals with the city due to the housing slump.

But because Sayles is married to Lathrop Mayor Kristy Sayles coupled with the fact she has become a target of a well-oiled attack machine this election cycle that has private investigators snooping into every aspects of her personal life is making the house the target of a lot of inquiries.

It doesn’t surprise the mayor who has had formal inquiries made requesting any personal e-mails she may have sent using city devices as well as a private investigator checking with animal control officials to see whether their family dog is licensed.

Someone – an individual, organization or even possibly a corporation – that doesn’t like Sayles has gone as far as to create a cutting edge website loaded with personal data on her divorces and personal life including civil cases that have absolutely nothing to do with her tenure or performance as mayor.

The house – which has a mortgage at 12 percent with Indy Mac and is headed for foreclosure – is already part of a whispering campaign especially since the couple had secured a $40,000 loan from her uncle, former Mayor Steve McKee, in an effort to fix-up damage done by a tenant and save it from foreclosure.

McKee, for his part, doesn’t want to go on record saying anything about the loan or the house.

The Sayles are current on their payments to McKee – about $850 a month – and vow to honor that obligation until it is paid off.

What tripped them up, though, is far from the typical story of greed connected with the current mortgage mess that includes people buying homes and trying to flip them or getting liar loans and then ending up not being able to meet their obligations.

The first renter in the home stopped paying rent. It took them months to get that tenant out. Then the next renter broke water pipes and did extensive damage.

Tom Sayles opted to not just to repair the damages but to expand the size of the home. He has dumped closed to $70,000 into the home including the $40,000 loan.

“It’s embarrassing to admit, but I lost my (behind) with the house,” noted Thomas Sayles who has had a number of investments in homes go well. But they didn’t get caught in the severe downward slide of the housing market

But her husband noted there is a time when it no longer makes sense to keep tossing money into a losing proposition.

“You need to honor your obligations but you’ve also got to provide for your family,” he said.

He pointed to new homes west of Interstate 5 in Lathrop that are selling at auction for $275,000 or less.

At the same time, many of those homes west of Interstate 5 are being bought by investors who can – after buying them at foreclosure prices – rent them for less than Sayles could afford to rent the Gardner Place home once he got it back into shape.

Ironically it is the market condition created by some of those developers west of Interstate 5 – pay-as-you-go growth that Sayles has consistently opposed – that got those homeowners in trouble and depressed prices in Lathrop lower than in other comparable areas of the South County. It is some of the same developers who have orchestrated candidates to run against Sayles in the upcoming Nov. 4 election.

The loan on their home – held by the bankrupted Indy Mac – was not the standard fare that has gotten most owners of foreclosures in trouble in the past two years. It was a conventional adjustable rate mortgage.

It is a type of loan that the couple has used on other investments since 1999. In each case, they were able to buy homes, fix them, rent them and/or sell them without problem.

They also used an adjustable rate loan for the mortgage on the home they bought from McKee – his former residence in Lathrop – for their family to live in.

That was also an adjustable rate loan. When it got up to 14 percent, they were able to work with Chase Bank and renegotiated it into a 6.5 percent, fixed rate, 30-year mortgage. Indy Mac, on the other hand, did not want to work with the couple, which means the home is going into foreclosure.

“I never had problem with an adjustable rate loan before,” Kristy Sayles said.

Sharing such fine details of their personal finances is unusual for any candidate, but Tom and Kristy Sayles life has become an open book thanks to those who apparently do not like her voting record as Lathrop’s mayor.

“I have $98 in my campaign account right now,” Sayles said.

Tom Sayles said he has a thick skin and that he doesn’t pay much attention to the “garbage” that is being circulated about him and his wife by those who don’t like her voting record at city hall.

The mayor, for her part, said she will not stoop to the same level of those who are going through her personal life with a fine tooth comb and twisting basic facts in an attempt to make her look bad.

She also noted that she will readily denounced anyone who does such a thing to any of her opponents.

Just like the McCains and Obamas face criticism for side ventures like successful books, income from spouses, or businesses and investments, it’s likely that home ownership will be brought into many other heated battles fighting for a single political spot.