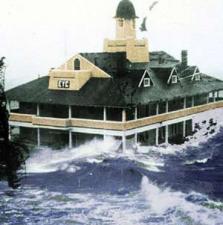 Many buyers chose to move to out-lying areas in cities like Gilbert, Chandler, Queen Creek, and Mesa in the East Valley. In the West Valley, buyers moved towards areas like Anthem, Surprise, Cave Creek, and some further out areas of Scottsdale. As the foreclosure notices started going up on doors and in the mail, prices dropped, real estate sales all but stopped, and credit cards started carrying the brunt of what the paycheck no longer paid for, many said that these areas would be the most heavily hit.

And for the most part they were right. But the economy didn’t stabilize (even for agents) as hoped, mortgage rates were already too low, and many mortgage loans were wrapped into tricky packages like Option ARMs and other types of non-standard formats, some that enticed buyers solely on discounts. As these events took their toll, it was only a matter of time before the foreclosure creep started moving inland affecting larger metro areas of Phoenix, Tempe, and other long established markets.

Last summer, when foreclosures were just starting to climb, the highest rates of home defaults were found on the Valley’s more affordable fringes. The problem worsened, hitting a wider swath of homeowners who bought at the peak of the housing boom through subprime loans. Although some of the Valley’s fringe areas such as Surprise, Anthem and Buckeye continue to have high foreclosure rates, the problem has moved inward.

“It has become more of an equity problem than a subprime problem,” said Tom Ruff, a real-estate analyst with Information Market.

An equity problem is exactly what this is too. Many new home builders immediately started undercutting recent buyers by adding large incentive deals to buy new rather than slightly used. Added to price cuts, there was no way for a new home buyer to sell their home without already having put in 20% or more down as a down payment or taking a loss on the house.

Many of the homes going into foreclosure were bought or refinanced during the peak of the housing boom in 2006, according to property records. Home prices are down almost 30 percent from that time, so many people struggling now owe much more than their home is worth. The median resale price today is $210,000.

Other parts of the country have already hit their foreclosure peak.The troubling trend of homeowners walking away from homes they are upside down on also persists and is pushing up foreclosure figures in the Valley, according to real-estate agents and housing counselors. These are homeowners who may be able to make payments but don’t want to continue to pay a mortgage for $50,000 to $100,000 more than their house is worth now.

As long as foreclosures continue to rise, home prices are likely to fall.

Indeed, home prices are starting to fall. But there are some very important things to remember about buying a home in this new market. Many homes were picked up off the foreclosure block, in an auction, or on the other side of a short sale. Many of these homes have sat dormant for months if not years, and may have problems that don’t appear obvious on first glance. One more reason a home inspection pays for itself in today’s market. Buyers would be wise to make sure they have something to cover their rears when something breaks. It’s no secret the banks won’t be there. They’re having their own problems.

Pingback by What Does A State Do When It Loses Its Precious Tax Monies? Leverage A New Real Estate Tax! Why You Should Vote “Yes” On Proposition 100: The Protect Our Homes Act | The Arizona Housing Bubble | Watching The Arizona Real Estate, Credit, Lendin
2008-09-02 11:14:20

[…] and is looking to search YOUR couch cushions and pockets for the difference. But as foreclosures creep from the suburbs in BFE into the larger metro areas, is that […]