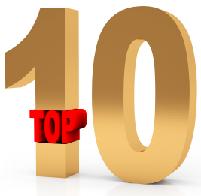 Not like it’s really a suprising fact, but definitely a sobering one. I previously wrote about the game my children and I play where we guess the number of “For Sale” signs we’ll count on a street as we’re driving. It’s times like that when you realize the housing bubble and credit crisis have seeped into our unconscious.

It doesn’t seem to be without merit either. If there’s a reason that it seems more real here in Arizona than in other places - it’s because it is.

Watch the latest videos on YouTube.com